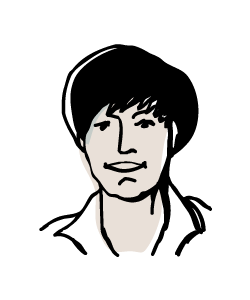 Yo! My name is Pam and this is my exercise blog. On this blog, I will be writing about a number of different fitness topics. The majority of serious illnesses and diseases are a result of poor diet and a lack of exercise. Just doing a few minutes of exercise each day can make a real difference to your health and the quality of your life. I learnt this when I was 41, overweight and slightly depressed. My husband made me exercise with him at the gym and I hated it. However, after a week or so, I began to feel much better. I hope this blog helps you to get fit.

Weightlifting is a fantastic form of exercise for those who wish to build muscle and increase their physical strength. However, some weightlifting moves can cause injuries if they are not performed correctly. Here are some of the most common injuries people tend to sustain when participating in this form of exercise.

Weightlifters who routinely perform deadlifts often develop herniated discs (sometimes referred to as 'bulging' discs). The reason for this is that this move can place a lot of pressure on a person's back, particularly if they do not fully bend their knees when performing it.

This condition causes the gelatinous protein nucleus inside a person's spinal disc to pop out. When this happens, the protruding nucleus often ends up compressing the sciatic nerve. This can lead to severe, debilitating pain in both the back and the leg (as the sciatic nerve stretches from the back down to the ankle).

If a weightlifter develops a herniated disc, they normally need to refrain from all forms of exercise for at least a few weeks. In most cases, resting for an extended period of time will lead to the protruding nucleus going back into the disc. However, in some cases, spinal surgery may need to be performed in order to rectify the problem.

A pulled muscle is one which has been torn or overstretched. This is an extremely common injury, which most weightlifters will have experienced at one time or another.

This problem usually arises when a person attempts to lift weights which their muscles are not strong enough to support or when they perform too many reps during a single lifting session.

A pulled muscle is not a serious condition. However, it can be very painful and can impede a person's ability to participate in their normal exercise routine.

Weightlifters who sustain this type of injury often seek out the help of a sports physio specialist. This professional can provide a range of treatments which can increase the speed with which the injury heals.

They can, for example, massage the affected muscle to release tension and increase the amount of blood flow to the area. They may also utilise a TENS machine or ultrasound equipment to relieve pain and heal any damage that has been inflicted on the person's deep tissues.

Additionally, they can also determine and correct the root cause of the problem so that the patient can avoid sustaining similar injuries in the future.